When my teenage angst raged in my late teens, I summarily dismissed the Roman Catholic faith in which I had been raised. I thought all the adults sitting in mass each week were just there out of habit or obligation. Through my limited teenage experience, I saw no intention or deeper reason motivating their religious practice.

A few years later when the teen angst wore off, I rediscovered my faith and the church in a new way. I started seminary and the ordination process in the United Church of Christ, giving me a very new perspective on religious tradition and practice. I returned to my family’s Roman Catholic home for a visit and surprisingly (at least to my parents), offered to go to Catholic mass with them. I walked into church, sitting in the uncomfortable wooden pew that my parents had been sitting for decades. Some of familiar people, hair with more gray than I remembered, were sitting in the exact same seats they had always occupied. The church air still smelled to me, as it had hundreds of time when I was a child, heavy with stale incense and worn-out habits.

Or so I thought.

During the liturgy of the Eucharist, an older woman knelt in the pew in front of me. During the Eucharistic prayers, she raised her arms to the side, palms open, face tilted slightly upward toward the altar. I could see her head motion slightly as she quietly recited the words to the Eucharistic liturgy from long-held memory. The sights, sounds and smells of this ritual were likely imprinted on her mind and lips from decades of mass attendance. But, this experience spurred emotional adoration as if it was the first time she experienced mass. Something ordinary — a meal she had experienced thousands of times — became extraordinary in that moment.

Though ritual is often associated with religious or spiritual practice, it happens in virtually all aspects of our lives. Rituals can help calm and center us individually, as in the case of a morning walk or cup of coffee or meditation practice. They also powerfully shape the organization or community identity in which we work and live. When I moved to Des Moines, Iowa, for example, I asked a friend if I had to go to the state fair. Her reply? You don’t have to go, but you won’t have anything to talk about in August if you don’t. So I dutifully enjoyed the Iowa State Fair with its fried food on a stick, baby animal exhibits and carved butter cow to feel like a real part of Iowa culture. It worked.

In my coaching and consulting, I often suggest that work teams or organizations design rituals to do at meetings, rather than just plowing through work. A ritual could include the reading of the organization’s vision or mission statement to remind people of their higher purpose and goals; it could include celebrating the successes the team has had in the past week by passing around a silly trophy; it could mean pausing for a moment of silence so people can leave behind the busy-ness they just came from before starting the meeting; it could include spending time to check-in with each team member about what is happening with them not only at work, but personally.

Very simply, rituals help form people into the community they aspire to be. 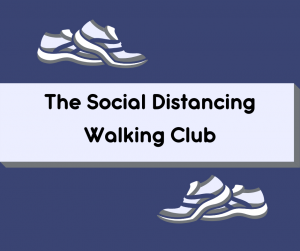 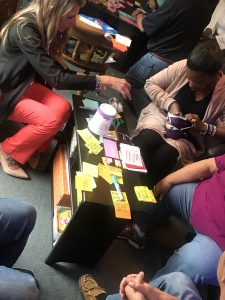 4 Ideas for Beating the “Tyranny of the Urgent”