Adapted from a sermon I didn’t get to preach on Matthew 2: 1-12 because of winter weather on Jan. 5, 2014. It will also serve as the beginning on my forthcoming blog series, Following the Light …

They were just doing their job.

Every day they stared at the stars, calculated time based on movement of sun and moon, organized the calendar. The work was just routine. What they saw was not.

That star. That strange star. The one that comes out only rarely and means that something very special is happening. They saw it. They were so excited they went to King Herod, to ask if he, too, had seen the star and knew what it meant. Did he realize that a new king was born? Was he going to visit this new King of the Jews?

Herod, full of fear, sent these astronomers from the East to pay homage on his behalf. After much travel, they found a homeless family with a young child in a barn and offered him kingly gifts. Listening again to the signs, they took another road to avoid Herod as they returned to their homeland far away.

They were just doing their job, which involved a lot of paying attention. Without the aid of telescopes and high-powered lasers, they watched the stars and interpreted their meaning. THEY saw the signs that would change them … and the world. Forever.

I’ve often implored church leaders as well as my non-church friends to pay attention — to see the signs of a new kind of church being born all around us. We just have to look for the signs.

A case in point: The religion topics podcast from National Public Radio last week featured stories about these leaders: Pope Francis I, who has given both the faithful and not-so-faithful Catholics cause to have hope for the church, and the Rev. Nadia Bolz-Weber, a tattooed Lutheran new church start pastor in Denver who is making Lutheran theology and liturgical practice edgy and hip.

I’ll write more specifically about these two leaders and a number of other “lights” in the weeks to come. I’ll be writing this blog series entitled, “Following the Light” from Epiphany (Jan. 6), until the Christian calendar arrives at the season of Lent (beginning March 5 on Ash Wednesday).

Christians (maybe non-Christians, too) can be weighed down by the bleak statistics that show that Christianity is viewed at best as irrelevant, at worst, judgmental, hypocritical and damaging. And, yet, here are these two leaders, changing the conversation about and the images of Christians.

Where have you seen “lights” that give you hope the church can be something more than what public opinion polls would have us think? Where have you heard conversations that are pushing us to expand our understanding and practices of religion and spirituality? I’d love to hear your thoughts and see the links to pop culture, news stories and other things that you see as “lights.”. 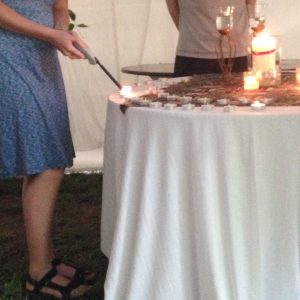 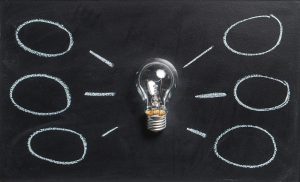 A Practical Utopia for Creatives 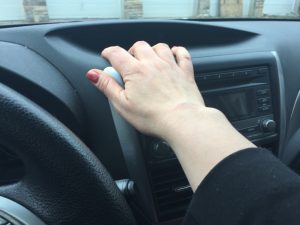