I distinctly remember reading the Bible for the first time. Well, not literally THE first time. Catholic school, complete with twice weekly mass, guaranteed that I had at least heard the lectionary texts  several times through by the time I was 18.

I was a first-year, 28-year-old M.Div. student at Chicago Theological Seminary taking the required Introduction to the Gospels class. Course professor, Dr. Theodore Jennings, invited us to read each Gospel not once, not twice, but four times in the span of a week. We were instructed to simply notice what we noticed during each subsequent reading. Insights literally jumped off the page during this simple practice. Even I, a child steeped in Christian religious tradition, had no idea what Jesus really said.

Jesus was pushy. He was abrupt. He was even rude. He threatened Roman authorities with his kingly bravado. He unsettled Jewish authorities who had become more concerned with the letter rather than the spirit of their own religious law. He deputized a bunch of rough, young men who abandoned their day jobs to follow him. He hung around women (even those with unseemly pasts), commanding them to give public testimony — a  role women would never have played. He healed lepers, the paralyzed, the blind — those people who, it was thought, God was punishing for past sins. He forgave anyone who wanted to repent. In doing all these things, he started a revolution that got him killed.

The sad part was that I had learned very little about this Jesus in all those years of religion classes and church attendance.

Just as Jesus captured my imagination so many years ago, Reza Aslan‘s portrait of Jesus in the best-seller, Zealot: The Life and Times of Jesus of Nazareth, has helped millions hear about Jesus for the first time. Aslan, with academic know-how and the flair of a creative writer, paints an amazingly vivid picture of the social, political, economic tumult in which Jesus lived. He argues that Jesus was not the passive, loving teacher that so many learned about in Sunday School; he was a revolutionary, butting up against Roman law and Jewish authority.

Aslan’s portrait certainly can and has been debated by mainstream news and academics. The book, which may have been popular anyway, was catapulted into the spotlight when an interviewer on Fox News questioned whether or not Aslan, a Muslim, had any authority to write about Jesus. (Nevermind that he has four advanced degrees and fluency in Biblical Greek.)

The real story  is not the interviewing skills (or lack thereof) of the Fox News correspondent, but that anyone cared at all about this vividly written, but still academic book about Jesus. Hundreds of books have been written about the “historical Jesus” over the years and most of them have remained relegated to college and seminary classrooms.

Just as the church seems to be dying, Aslan’s book demonstrates that it may just be the next Lazarus story. People are set aflame by a Jesus who calls followers to rise up against the 1% and to tend to the 99%. A Jesus who reaches into the closet of religious traditions and fishes out the ideals the religious ones pushed to the back. Those revolutionary ideals call followers to work against oppressive powers, even if it means it just might get them killed.

That’s not the same Jesus they learned about in Sunday School. And they like it.

Here’s just a small sampling of other interviews and commentary about Aslan and Zealot: 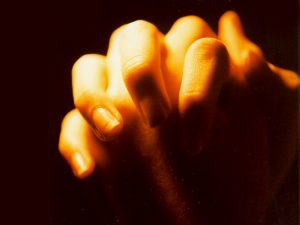 Family Ministry WILL Change the World

Family Ministry: Not Just For the Christian Right Anymore 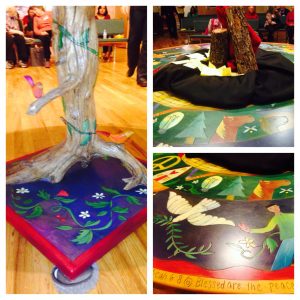