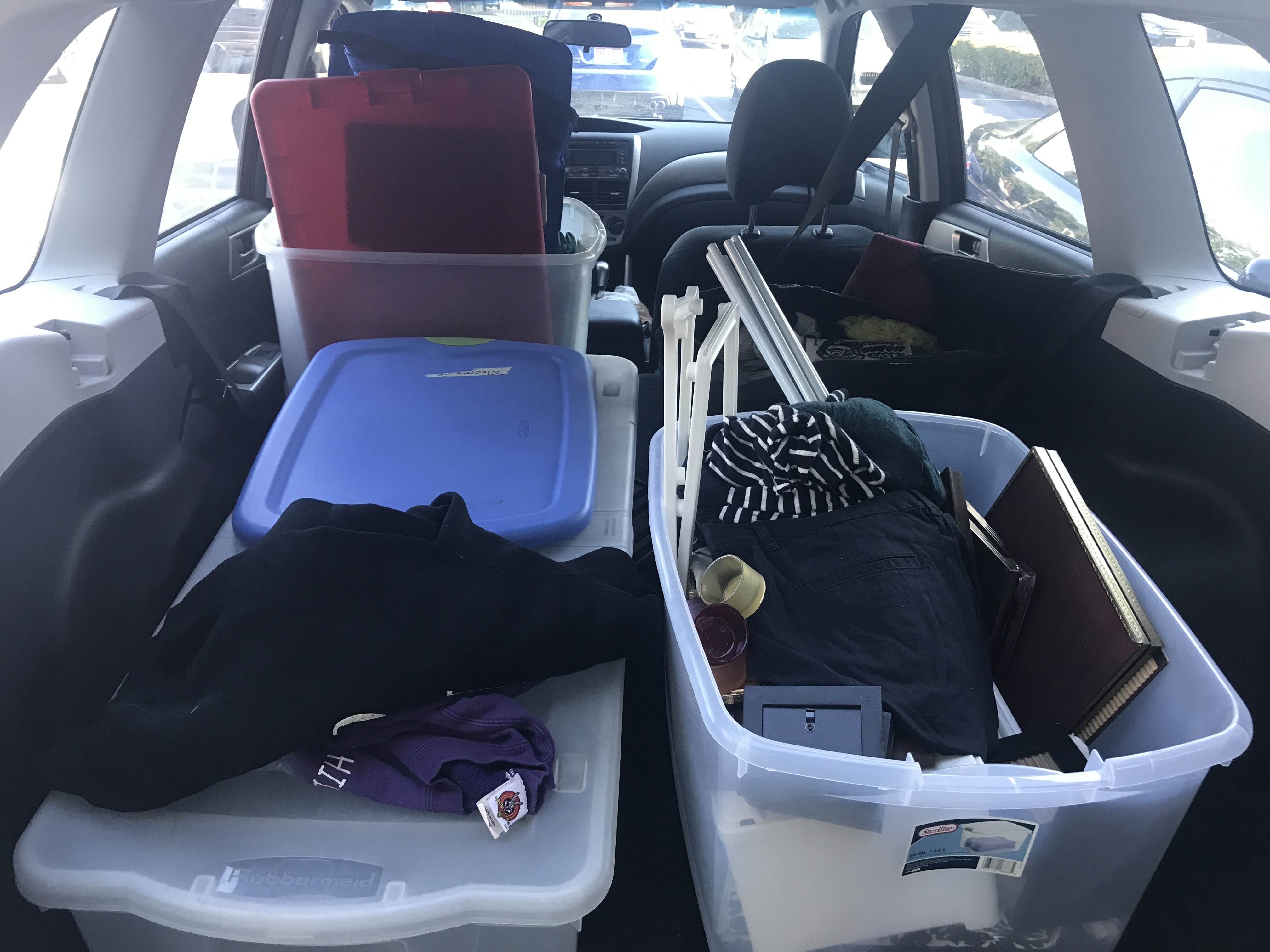 I was just being practical.

I recently moved from a larger space into a 700-square foot, two-bedroom apartment, plus a small storage unit. I had no choice. I had to get rid of stuff.

You see, about five years ago, I bought a three-bedroom house with a basement and two-car garage in Iowa. My stuff acquisition had previously been limited by the small apartment spaces I had occupied. Without those limits, the things I owned began to grow in that house. I acquired the stuff needed to improve and maintain a home — yard tools, wet-dry vacuum and dehumidifier for the ever-leaky basement, paint brushes and rollers and drop cloths, so many random tools for the ever-present small improvement project. Having a house also affords you the opportunity to put more things in the extra kitchen cabinets, the newly purchased shelving units and the plastic bins in the basement. I never thought of myself as a hoarder of stuff, but the extra space allowed me to fill it with more and more things.

So, I moved out of that house five years ago and, for a variety of reasons, never had the chance to really downsize. I just got extra storage spaces or apartments with basements, which never forced me to make choices about. All. The. Stuff.

So when, two months ago, I was about to move into the new, smaller space, I decided it was THE time to get rid of the stuff I didn’t need. As I looked around at the stuff, I realized that I had just gotten really good at organizing the stuff into smaller spaces. I invested in creative closet organizers, plastic storage bins and shelving units that nearly rivaled the cost of the stuff it held in the first place.

I’ve taken more than six car loads of things to a local thrift store. I’ve sold a number of larger items online, including the once necessary wet-dry vac and dehumidifier. I’ve found a way to recycle virtually everything that no longer has a useful purpose, including old electronics that don’t even blink at me anymore when I attempt to power them up. (Check out the iRecycle app for places near you to recycle.) I’ve gone through every single photo and kept only the ones most special to me or to family history and put them into frames or into ONE storage bin.

This tedious, sometimes overwhelming, process feels like more than just a practical necessity. Ridding myself of extra stuff has lightened my spirit as much as it has emptied my closets. Today I discovered old curtains that I thought I would someday repurposed and reused. I took even more joy in putting them in a box of things headed to the thrift store.

All those fancy storage systems (which I LOVE) feel now like a metaphor for what I can sometimes do with the rest of my life — create ways to store my baggage that make me functional without really dealing with the baggage itself. It just makes it look a lot prettier.

I can’t make exact correlations between the physical stuff and the spiritual/emotional baggage I carry around; but I DO I know that I feel lighter, more nimble, more open to the ways in which God might be calling me into the future. I feel ready, eager even, to move to the next thing — even if that next thing is simply staying in this new space.

The Container Store might be sad to lose one of its most loyal customers, but I am overjoyed that I have bagged A LOT of the baggage.