Leading with Radical Self Love 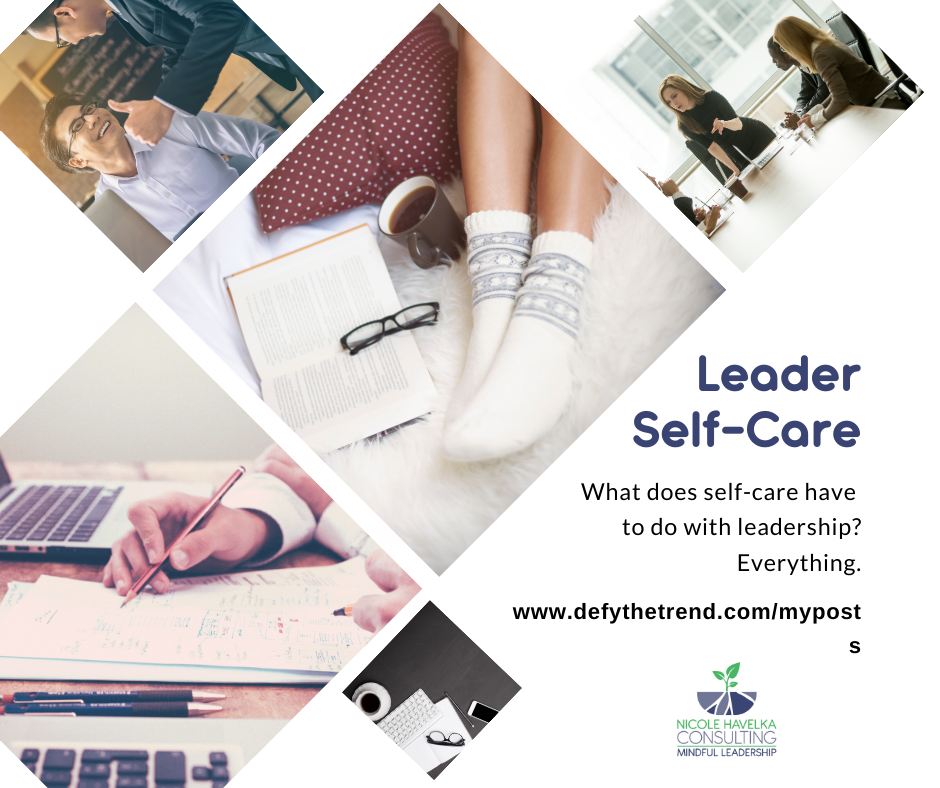 What do self-care and self-love have to do with leadership? Everything.

I bet you’ve worked for someone who was a nonstop worker. Someone who jettisoned vacation plans when even minor emergencies arose. Someone who worked long after everyone else left the building. Someone who answered emails well after office hours ended. Someone who always made time for yet another meeting or project. I’d also bet that their hard work was celebrated by those around them.

I started questioning that celebrated work ethic during my seminary education. My fellow future clergy and I raised questions about caring for self as we prepared for a role that constantly demanded working long hours and doing hard emotional labor while taking care of and leading others. Around the time I graduated and was ordained, I started doing yoga as a self-care practice and tightened up my schedule to include at least one full day off.

Addressing the underlying issues that fuel this workaholism was and is a much longer journey. Workaholism – like any other addiction – numbs difficult emotions within yourself by blanketing them in exhaustion, or distracts you into avoiding difficult situations in your family or personal life. To make matters worse, this particular form of addiction is celebrated by most people around you. How many times have you heard someone say in a reverent tone, “She was such a hard worker, so selfless. She took care of everyone.”

In Sabbath as Resistance: Saying No to the Culture of Now, biblical scholar Walter Brueggemann writes about how the Judeo-Christian laws about honoring the Sabbath were not simply a mandate to go to temple or church on a proscribed day. The command to take Sabbath was issued to the Israelites just after leaving slavery in Egypt. God was telling them that they should claim a day to rest, when Pharaoh had used their every waking hour and ounce of energy to serve his kingdom. God mandating a day of rest was a way of telling the people that their worthiness laid in their basic humanity, not in what they could produce for the powers and principalities of their day.

Here’s a simpler way that I put it: Taking Sabbath is a form of resistance – a way of giving the finger to the man.

This radical sentiment is echoed resonantly in a transformative interview I heard with author, activist and poet Sonya Renee Taylor. She said that valuing your health and your body is an act of resistance against a white supremacist capitalist system that reduces bodies, particularly of people of color and women, to a mere tool of productivity. (P.S. I’m still anxiously waiting to read her book, The Body is Not an Apology, because there’s a long wait for a copy at the library.)

If we as leaders embrace self-care for ourselves, we become more effective leaders because of these practices. If we are healthy, we are more likely to create life-affirming workplaces with systems that honor the humanity of employees, clients, and the broader community. If we build new organizations and communities like this, we will not relegate self-care and self-love to a part of the radical fringe. Instead, they  simply become what they are: just and equitable ways to affirm people’s humanity, and they provide space for people’s gifts and skills to flourish and to serve the greater good.

Go Deeper: Believe it or not, my next coaching group, Tackling Tough Conversations, will explore how caring deeply about those with whom you work and those you supervise provides the framework for having tough conversations when they need to happen. Join me to explore this and more!