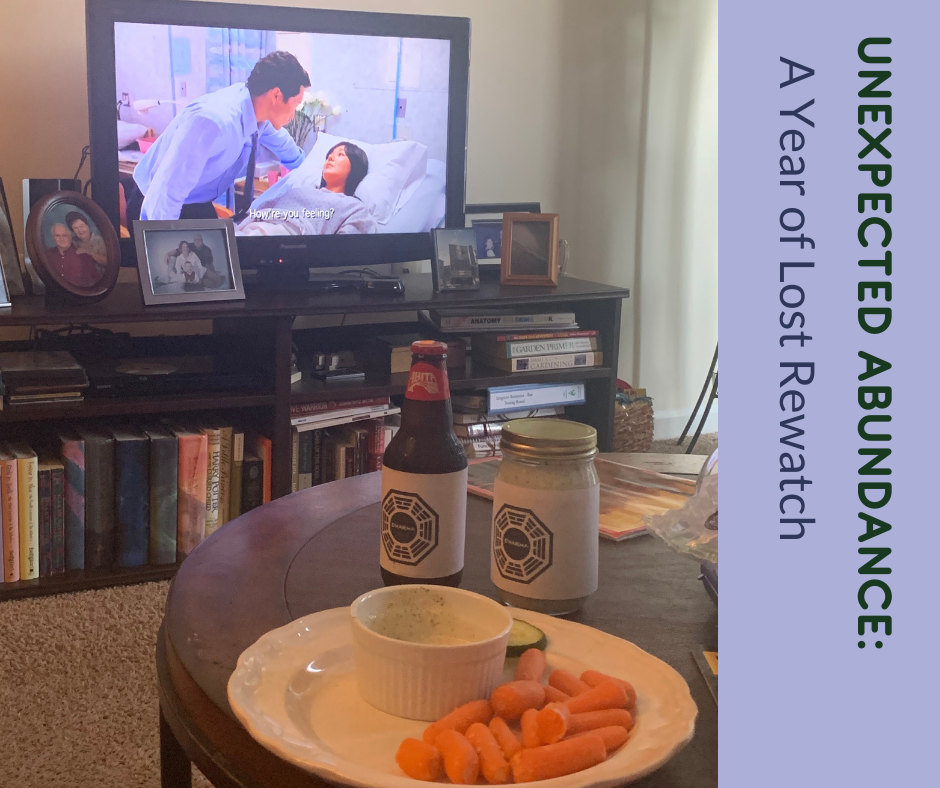 I swear I had nothing to do with it ending this way.

It just so happened that on the last Saturday of my August Birthday Month of Abundance, I completed a two-year rewatch of the 2004-2010 ABC series Lost. I joined up  when I discovered The Storm Podcast was taking up a rewatch of one of my all-time favorite shows after ending their coverage of Game of Thrones.

My obsession with this mystery-box, philosophy/theology-laden show ignited when it first aired. After all, it launched  right after I finished my Master of Divinity degree and was in the final process of being ordained in the United Church of Christ. What else would I do? But I admit that the timey-wimey twists and turns in the show originally left me confused and unable to enjoy the end as much as I wanted. I was thrilled to revisit and perhaps feel the ending in a way I didn’t the first time through.

I was watching and listening along to the podcast and show alone for the first few months. Then the pandemic lockdowns happened. The awesome podcast hosts — Dave, Joanna and Neil — responded by adding a ton of new content to help us keep our sanity. Patrons of the show really got an incredible amount of content, plus some live watches of movies and other shows. I thought, “Why not? This will be a fun way to kill some time in lockdown.”

I got so much more than I expected from my humble $10 monthly contribution to their podcasting efforts. Just after I joined, they launched a weekly live watch of the episode they were watching/discussing for the week. Now for about a year, I have spent most of my Saturday nights watching the current episode with an utterly delightful group of Lost nerds from across the world who make rapid-fire opinionated, emotional and hilarious comments in our shared Slack channel.

Even though I have never seen any of these fine humans in 3-D, I feel part of a community. A few have connected with me on social media outside of Slack. I hope that when the pandemic settles enough someday, we can gather in person.

Watching the season finale this past Saturday was emotional. Not only because it is an emotional and long episode of television – I was grieved that this rewatch of the show was ending. Many of us shared that this rewatch community became especially crucial to our sanity and connectedness in lockdown. For me, it was a weekly ritual that kept me grounded, connected to community, and to asking and answering life’s big questions.

This experience has really been a years-long experience of abundance. It is a testament to the power of people coming together to immerse themselves in a shared story that provokes lots of big questions and not very many answers. In the end, I don’t care much about answers, and I have a heart full of gratitude for the abundance of new friends who joined the journey and explored the questions with me. That’s how abundant community should be.

More Abundant Community: Community is at the heart of what I do even when I’m not watching television. Check out my Defy the Trend Memberships, which can offer you a community of kindred spirits and resources to help you maneuver change in your life and work.