What do you want your life to look like? 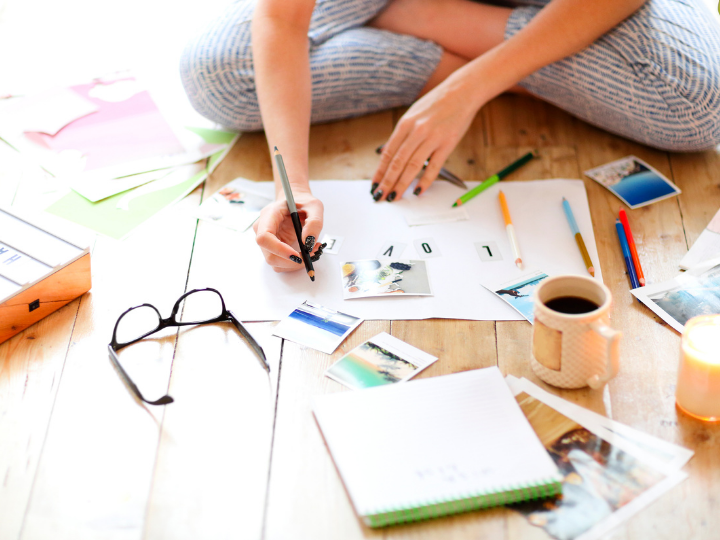 This question came to me in a flash of revelation when I was reading about grind and hustle culture for a podcast conversation last week. I joined Noni Banks, one of my favorite entrepreneurs, on The Diva Movement’s Hustle and Grow Podcast to talk about grind culture.

I admit that when we were preparing for the podcast I wasn’t sure what grind culture was. Then I searched for it. I didn’t know the name, but I intimately knew the behaviors. It’s the glamorizing of non-stop work. The tendency to boast about not taking breaks, days off or vacations. Working into the wee hours of the night, sleeping in your office, and getting up, grabbing coffee and doing it all over again, all in the hopes of getting a promotion. Yup. I’ve done all of these things (well, except sleep in my office).

“The toil glamour of the hustle culture extols overworking and burnout and signals you’re a hard, dedicated employee, and 45% of the workforce brag about being modern-day members,” wrote Dr. Bryan E. Robinson in Psychology Today. “They bathe in the same glamorous light that advertisers poured over the cigarette and liquor ads of the 1930s. In movies and commercials back then, it was considered sexy to smoke and drink until they realized it caused cancer and stroke.”

But, the reason for and popularization of hustle or grind culture goes much deeper and intersects (not surprisingly) with the complicated realities of race, class, sex and gender. For many people of color and women, the grind/hustle is not glamorous. It’s survival. When you are a low-wage worker, you have no choice but to work an extra job or two to survive.

Hustle culture – which we really could say is an extension of the false notion of the American Dream – makes black and brown and other oppressed bodies believe that enough work just might help them “make it.” More often than not, that labor is exploited for the benefit of rich, white people in the United States.

“The myth of being able to hustle to overcome challenging circumstances … didn’t mean black people were buying into the racist idea that they weren’t working hard enough—but that some held onto hope that by ‘working twice as hard’ they might be able to get by, or even in some cases get ahead,” wrote Isabella Rosaria for NPR’s Code Switch.

As I reflected on the complexities of hustle/grind culture, I realized that I am practicing its habits even as I reject its ideologies. Even though I don’t boast about it any more, exhaustion and overwork have been too much a part of my life even as I start a business built around advocating for and supporting self-care in others. (The irony is palpable. Am I right?)

I’ve had the pleasure of talking with many other entrepreneurs during this journey, and I’ve learned many of us started our businesses not just because we wanted to do the work we feel passionate about, but because we want to create the life that we really want to live. The irony is that we just create worse work situations for ourselves by constantly striving to find the next client or sale, under-charging for our work or even giving away too much of our work for free on the promise of “getting more leads.”

There are loads of business plan templates and sales coaches, but few, if any, resources on how to design your business (or work in general) to fit your life rather than your life bending around your work. Let’s end that now.

Ko Bragg writes in Teen Vogue about the Scalawag Magazine employees’ experience of taking an entire paid month of leave after a particularly taxing year. Many took time for extra rest, but they also took time for other activities that they are passionate about.

“Capitalism blurs the line between productivity and personhood. In our commitment to unraveling that, we encourage staff to have outside hobbies, jobs, and fulfillment. Our extracurriculars make this newsroom richer, more connected to the people and communities we serve,” Bragg wrote.

This story of the Scalawag newsroom gives me hope that we can begin to design lives, jobs and businesses that reject the white supremacist and toxic capitalist notion that hustling and grinding up the rickety ladder of success is the only way to exist. Not true. We do our best work when we are rested and whole people.

I’ve now started asking myself and a few of my coaching clients the question, “What do you want your life to look like?”

I’ll let you know more of the answers, and the habits we start to actualize our best life, here in the blog. Stay tuned.

If you want to build your work around your life, rather than life around your work, I’m your person! I have coaching, training, team building programs and mindfulness classes, all to help you and your team thrive in change.